It has been all go here in 1st Class during October!  Space week was great fun!  We worked in groups to make space ships and aliens.  It was good to share ideas, helping each other and working together; the end results were so creative.  Our class learned all about the planet Saturn, which we also made using papier mâché.  How many of these facts did you know about Saturn?

Here are some photos from Space Week of us making our group projects. 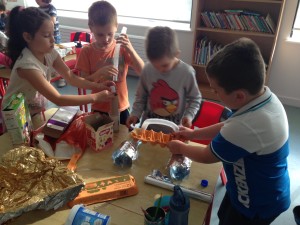 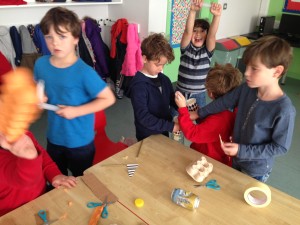 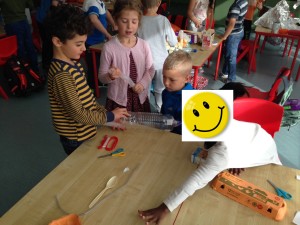 And didn't they turn out well! 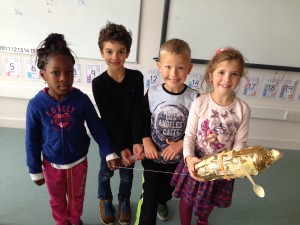 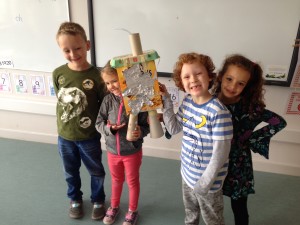 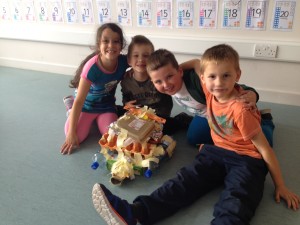 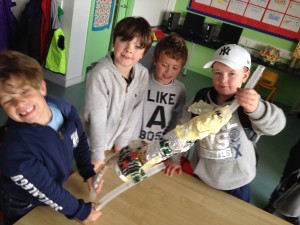 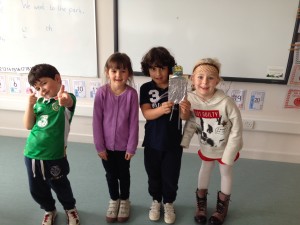 Can you find our Saturn? 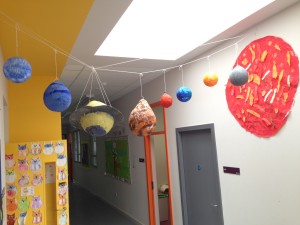 All this week has been Maths Week.  We had great fun taking part in a maths trail on Tuesday (although it was so windy our booklets kept trying to blow away!)  During the trail we estimated, counted and sketched to problem solve and use our maths outside the school.  Our class really enjoyed some of the maths games we played on the interactive whiteboard, particularly Hit the Button (http://www.topmarks.co.uk/maths-games/hit-the-button).  Concrete resources were used during each lesson, have a look at some pictures of us using our counting beads. 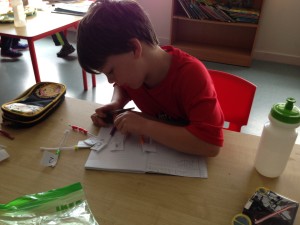 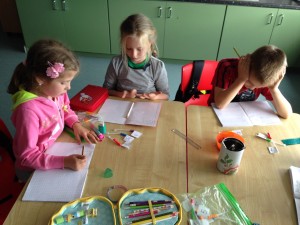 We really enjoyed practicing our addition by playing the card game, matching pairs.  We had to find pairs that add up to 10. 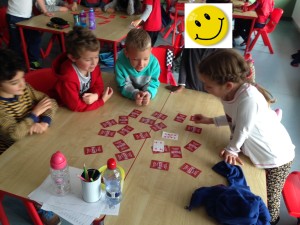 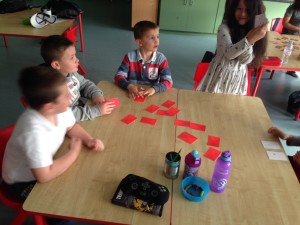 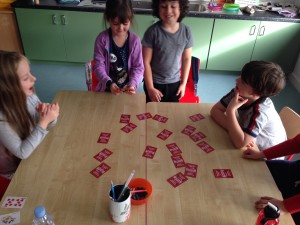 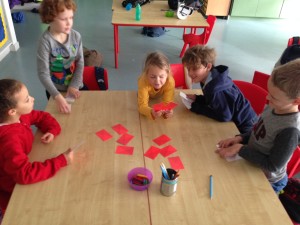 View all posts by: Kate